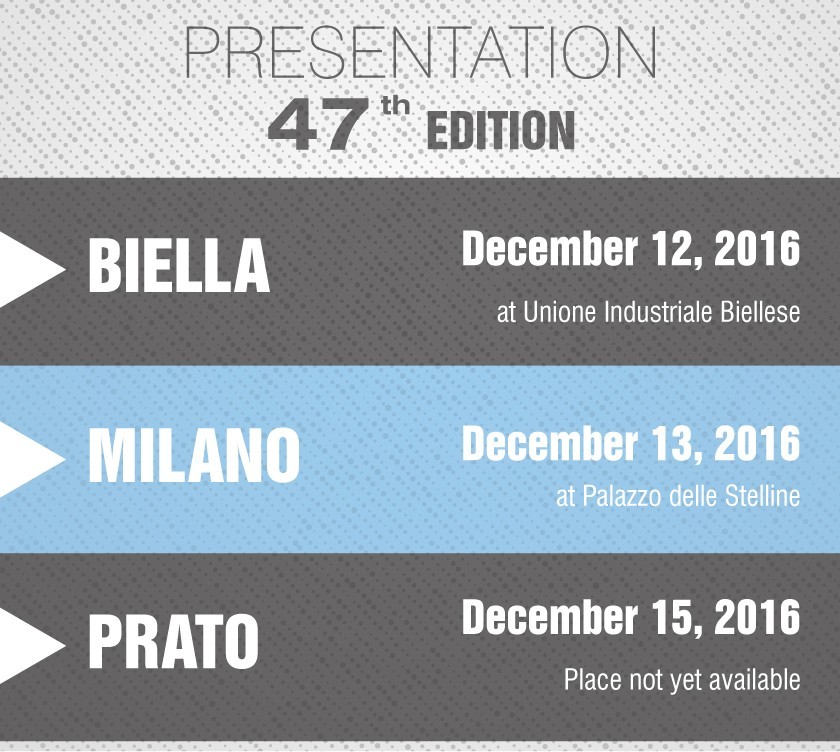 As the “behind the scenes” work has already been going on for some time, the first public event about the 47th edition of Filo will be the presentation to the operators of the product development proposals, designed by Gianni Bologna, style and creativity manager for Filo. The three press conferences are scheduled on December 12, 2016 in Biella; on December 13, 2016 in Milan; on December 15, 2016 in Prato. As for the theme chosen for the edition of February 2017, it continues the course of interpretation and analysis on current and future trends of the Italian textile and fashion system. Since we live in a global system that often sees us like “Tourists forever” in everyday life, the growing global interest in the made in Italy (understood in its widest sense) involves a new awareness. That is, the textile industry must be strengthened, giving new recognition and impulse to excellence and expertise not only in luxury and high-end products, but also in the midrange of products.