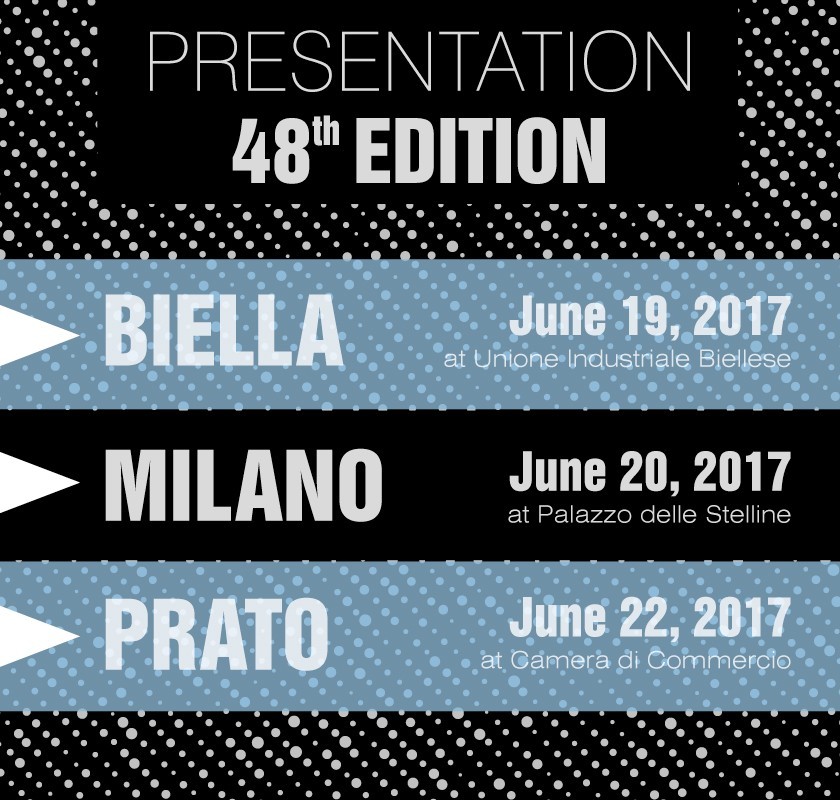 All news about the 48th edition of Filo (scheduled on the 27th-28th of September 2017 at Palazzo delle Stelline in Milan) will be available starting from June, thanks to the road-show organised in three important Italian textile districts: Biella, Milan and Prato. Presentations are addressed first of all to exhibitors, but are open to registered professionals and press too.

As usual, during the three meetings, product development proposals, carried out by Gianni Bologna for Filo, will be presented too.

Exhibitors, professionals and journalists are invited to register through the following link.