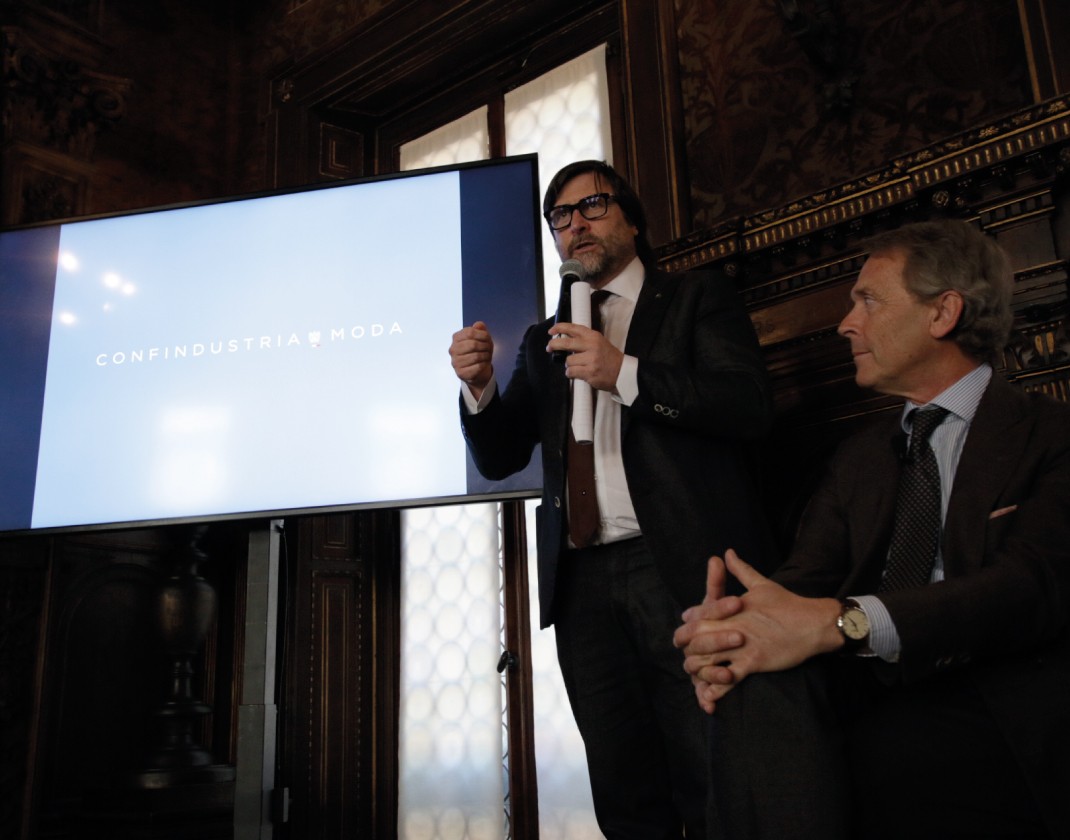 Confindustria Moda is born: it is the federation gathering Italian textile companies working in fashion and accessory industries. The federation represents more than 67 thousand companies, having a turnover accounting for more than 88 billion euro, employing more than 580 thousand workers and that have exported 62% of the income in 2016.

The official presentation of Confindustria Moda was held in Milan, at the presence of Carlo Calenda (Ministry for Economic Development), Ivan Scalfarotto (Undersecretary for Economic Development) and Vincenzo Boccia (president of Confindustria). The first president of the new federation is Claudio Marenzi (Smi – Sistema Moda Italia), while the vicepresident is Cirillo Marcolin (Fiamp and Anfao). There are two directors, with specific mandates: Gianfranco Di Natale (Smi) and Astrid Galimberti (Anfao).

“We represent the excellence in imaging, creating and manufacturing consumers’ dreams – as the president Claudio Marenzi has declared – Our sector is one of the Italian and European GDP driving industry, and from today we take our rightful place both in Italy and Europe. We will continue with greater impetus our battles against counterfeiting, and to affirm our points of view on distribution and industrial relations. All together we represent the industry which is synonym of style and creativity. We are proud to be Made in Italy ambassadors”.

Vincenzo Boccia, president of Confindustria, highlighted how “the new federation is the highpoint of the Italian industry system, one where is worth to invest in. There is no development without manufacture and today we are particularly proud of the fact that quality, style, Italian life style are gathered under a single federation’.

While Undersecretary Ivan Scalfarotto stated: “We have always believed that just presenting us as united with the power of our culture, tradition, competences and creativity, we can win the challenge that the global competition imposes”. The Undersecretary has also underlined how the government has increased funds for promoting the sector, shifting from 37.4 million euro in 2016 to 45.5 million euro in 2017.