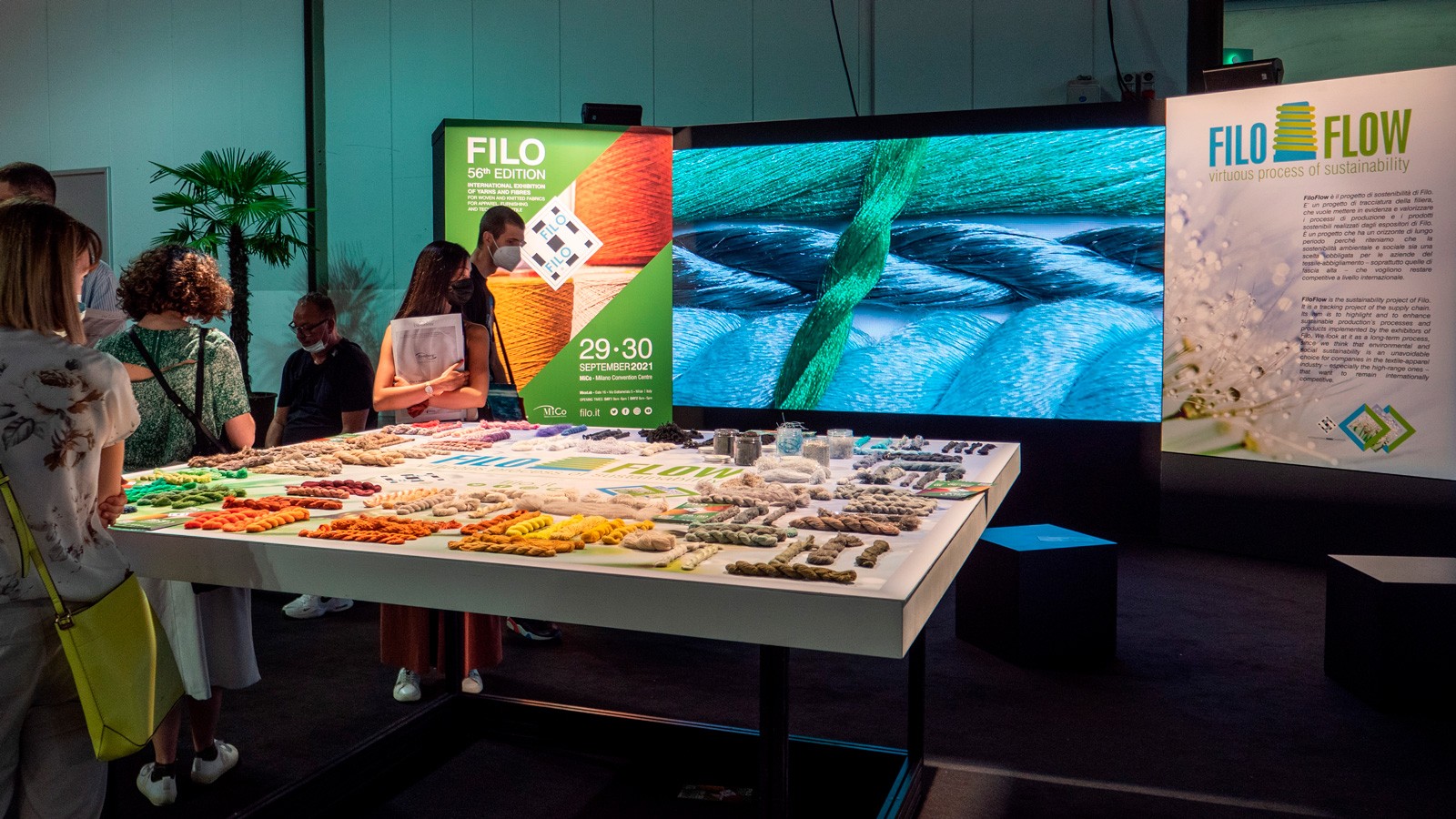 The emotion to meet each other face-to-face at the fair show – a shared feeling among visitors and exhibitors which was clearly perceivable along the aisles of the fair – has distinguished the 33rd Milano Unica edition (Fiera Milano Rho, on the 6th and the 7th of July), and it almost represents an outburst of energies after several difficult months. Filo has taken part in this ‘party’ for the textile industry as protagonist.

During the two days of Milano Unica (the first trade show held at Fiera Milano after the re-opening), the textile industry has come back to meet people face-to-face and to touch excellence’s products directly and physically. Filo, through its dedicated area within the Trend Area, has made its fundamental contribution in relation to yarns – chosen among the proposals by FiloFlow, the sustainability’s project of Filo.
For Filo, it has represented the opportunity to re-gain the direct contact with its ‘natural’ visitors – the weaving mill’s operators, the exhibitors of Milano Unica – in a kind of preview of the 56th edition of the yarns’ exhibition.
On the other hand, Filo has constantly kept open the channels of communication with both its exhibitors and visitors, to get ready for the re-opening of fairs. “For our industry, physical fairs represent an absolute need – as stated by Mr Paolo Monfermoso, General Manager of Filo. The complexity and the quality of products as the ones of the yarns shown at Filo or the fabrics exhibited at Milano Unica and the know-how of the companies producing them must be physically touched to be understood. In addition, the fair intensifies human relations, which are fundamental for our business. Here also comes the atmosphere of joy which has characterised Milano Unica. Filo is proud to have made its contribution for this occasion and is confident the same spirit of re-start and the willing to go back to doing business will shape the 56th edition of Filo, at the end of September. On behalf of Filo, we would like to thank President Alessandro Barberis Canonico and the organisation of the Exhibition, which gave us the chance to be present in this Milano Unica’s edition’.
The 56th edition of Filo will be held at MiCo – Milan Convention Centre on the 29th and 30th of September 2021.