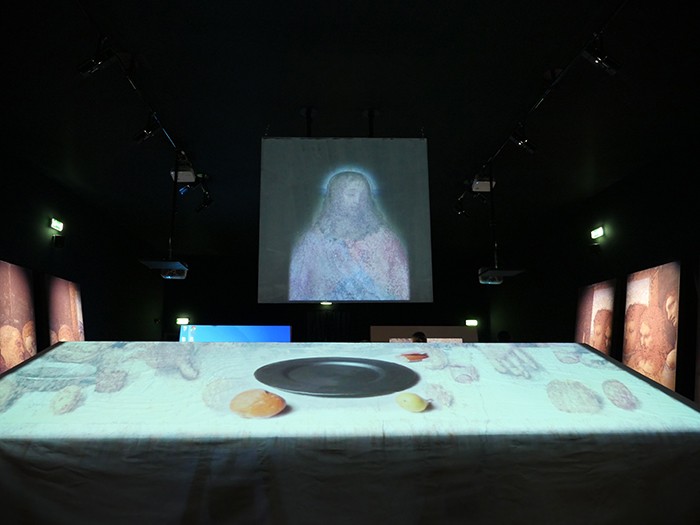 The spokesman for the Arts of the council of Milan has called him “the hero of Expo 2015”, but the multiform genius of Leonardo da Vinci is also a source of inspiration for the 44th Filo edition, starting from the exhibition opened exclusively for its exhibitors and visitors.

During the two-day 44th edition of Filo (30 September – 1 October 2015) the exhibition “Inside the Last Supper” will be opened exclusively for the participants in the yarn and fibre salon: this is a “present” that Filo gives its protagonists while paying homage to the master of the Renaissance, a true forerunner of the best characteristics of today “made in Italy”.

The exhibition consists of  a multimedia fresco along a route which accompanies the visitor through a sensory trip inside the Last Supper. For the first time it is also given the possibility to live an “Olfactory experience” inspired by the painting which provides a more profound comprehension of the work.

The pavilions in the magnolia cloister at the Palazzo delle Stelline – a kind of exhibition inside the exhibition – are instead inspired by the geometric solids that Leonardo drew for the De divina proportione by Luca Pacioli, like for example the cube that this edition will host Filo press office.

And to a few groups of exhibitors and their clients, as well as the buyer delegation promoted in collaboration with the Ice Agency, Filo offers one more opportunity: a guided visit to the exhibition to discover all its hidden meanings.