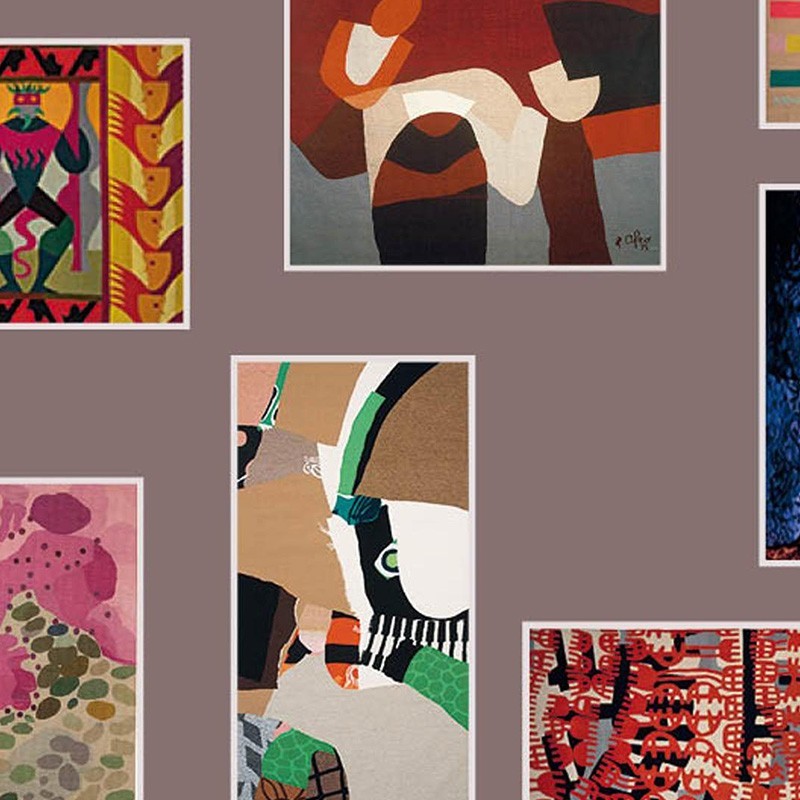 Weaving patterns from the 1900s – Tapestries and carpets of Italian artists and manufacturers: this is the title of the exhibition which has been opened on the 12th of September and that it will last until the 8th of October 2017 at Triennale di Milano, proposing 100 textile works, among tapestries and carpets made by main Italian manufacturers in cooperation with the great artists of that century. The aim is visually reviving the creative turmoil that had came over Italian textil art during the 1900s.

The starting point of the exhibition is Futurism, which restores the former importance to the artistic value of textile, continuing with cultural movements of the second postwar which had reawaken the interest for this form of art among all artists. There will be therefore textile works made by Italian futurists – from the tapestry by Fortunato Depero to the carpets by Giacomo Balla – together with the most important texile creations shown at Biennale di Monza and Triennale di Milano and some of the tapestries made in the School of Tapestry of Esino Lario, in addition to those made for the great Italian transatlantics. There are also the ones of the tapestry of Ugo Scassa, made on patterns of Renato Guttuso, Emilio Tadini, Mario Sironie and Renzo Piano, among all. There are also the arras and carpets created by Elio Palmisano from patterns of Ugo Nespolo, Mario Radice, Mauro Reggiani, Ettore Sottsass, Gillo Dorfles, George Sowden and Luigi Veronesi, just to quote some among the most famous ones.