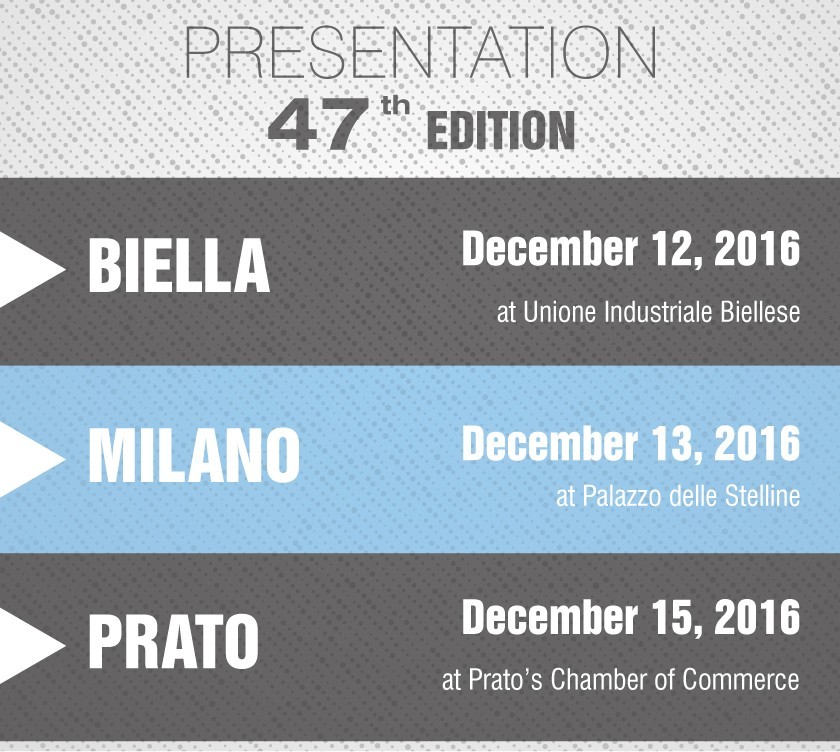 The presentation of the 47th edition of Filo, which will be held on the 22nd and 23rd of February 2017 at Palazzo delle Stelline in Milan, will consists of three dates scheduled to meet textile-fashion professionals in three cities that are crucial for the textile industry: Biella, Milan and Prato.

The road show for the presentation of the 47th Filo edition is going to start in Biella on the 12th of December at 10.30 am at the Unione Industriale Biellese (via Torino 56). It will then be held in Milan on the 13th of December at 10.30 am at Palazzo delle Stelline (Corso Magenta 61) and the last date is scheduled to be held in Prato on the 15th of December (hour and place of venue yet to be agreed). The meetings consist of two parts: during the first one, Paolo Monfermoso, general manager of Filo, will shortly show themes and news for February edition, while during the second one product development proposals by Gianni Bologna, in charge of creativity and style Filo, will be described. These three dates are especially dedicated to exhibitors, but open to the press too; in order to participate is necessary to register by clicking on this LINK.