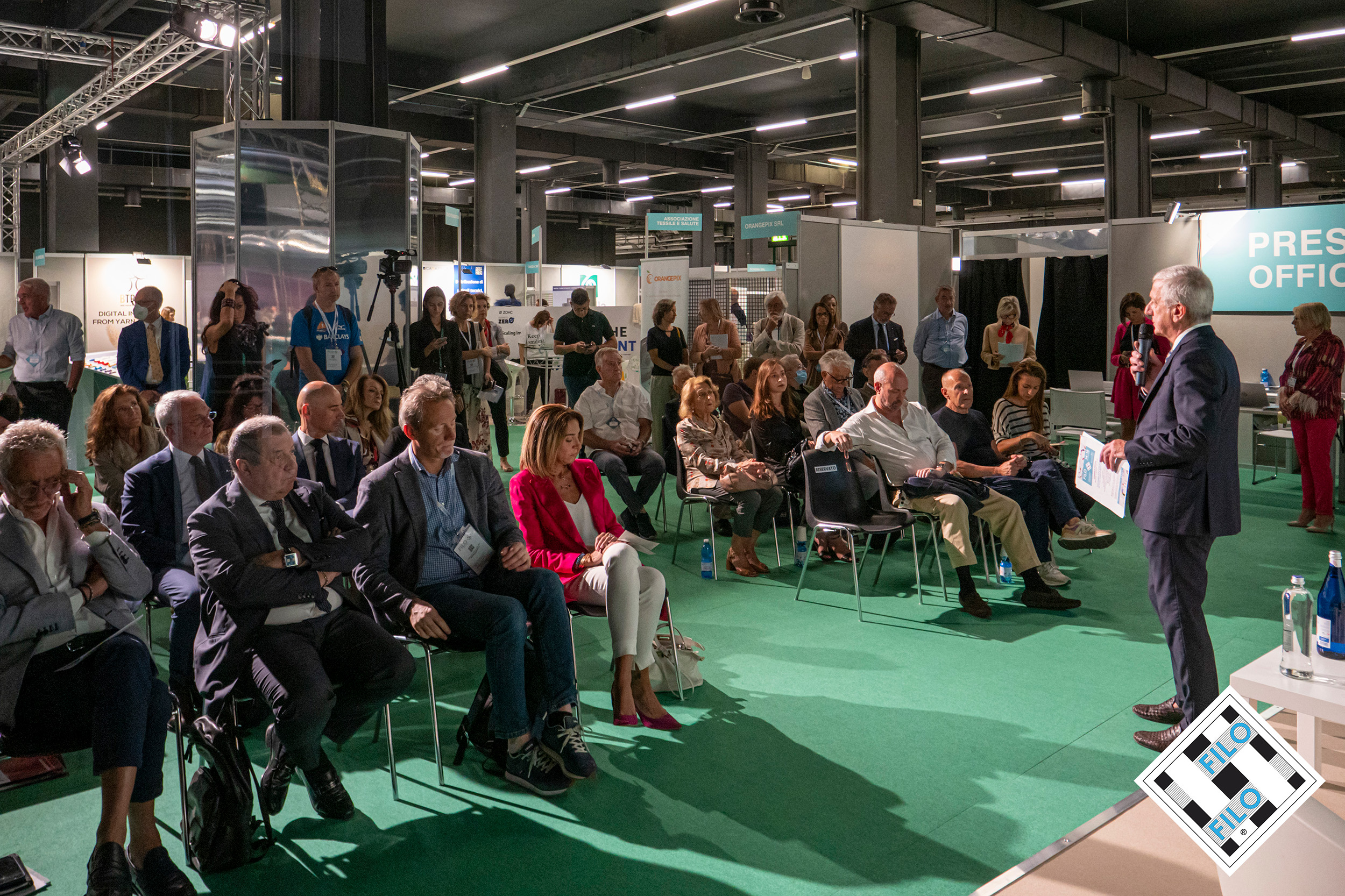 “Sustainability and creativity: from new Textiles to new Fashion” was the title chosen for the opening ceremony of the 58th edition of Filo.

Sustainability and creativity were the leitmotifs of the 58th edition of Filo. These are two essential and interconnected concepts – two sides of the same coin – as was underlined during the opening ceremony, dedicated to “Sustainability and creativity: from new textiles to new fashion”. Guests of the opening ceremony were the designers Massimo Crivelli and Martino Midali. Pressed by the questions of the journalist Elisabetta Invernici, Mr. Crivelli and Mr. Midali brought back to the Filo public their vision of fashion, the importance of the constant relationship with those who produce fabrics and materials in a creative dialogue that leads to new ideas, introduces innovation and looks to sustainability as a result of continuous research.
At the opening ceremony of the 58th edition of Filo, after the brief speech by Paolo Monfermoso, responsible for Filo, Pier Francesco Corcione (president of ITS TAM Biella) and Elena Chiorino (councilor for Education, Work, Training of the Piedmont Region) also took the floor. President Corcione introduced a further element of discussion: the importance of enhancing the abilities and skills of people and, in particular, of young people to keep intact the heritage of textile culture that distinguishes a territory like that of Biella. “It is a commitment that concerns the institutions that deal with education and training, but also companies” Mr. Corcione said. Councilor Chiorino underlined that “Filo is an exhibition that allows people to fully understand the know-how of textile companies, based on a solid tradition that is combined with continuous innovation. The task of policy makers is to accompany companies in a process that has sustainability as its goal – a sustainability which must be environmental, economic and social at the same time. And it is a sustainability that is never separated from the creativity of Made in Italy, because our factories have always invested in people. And they must continue to do so because investment in human capital is the key to maintaining the competitiveness of our businesses, which must be accompanied by fairer taxation, which encourages employment.”
The video showing the entire opening ceremony of the 58th edition of Filo is available here.