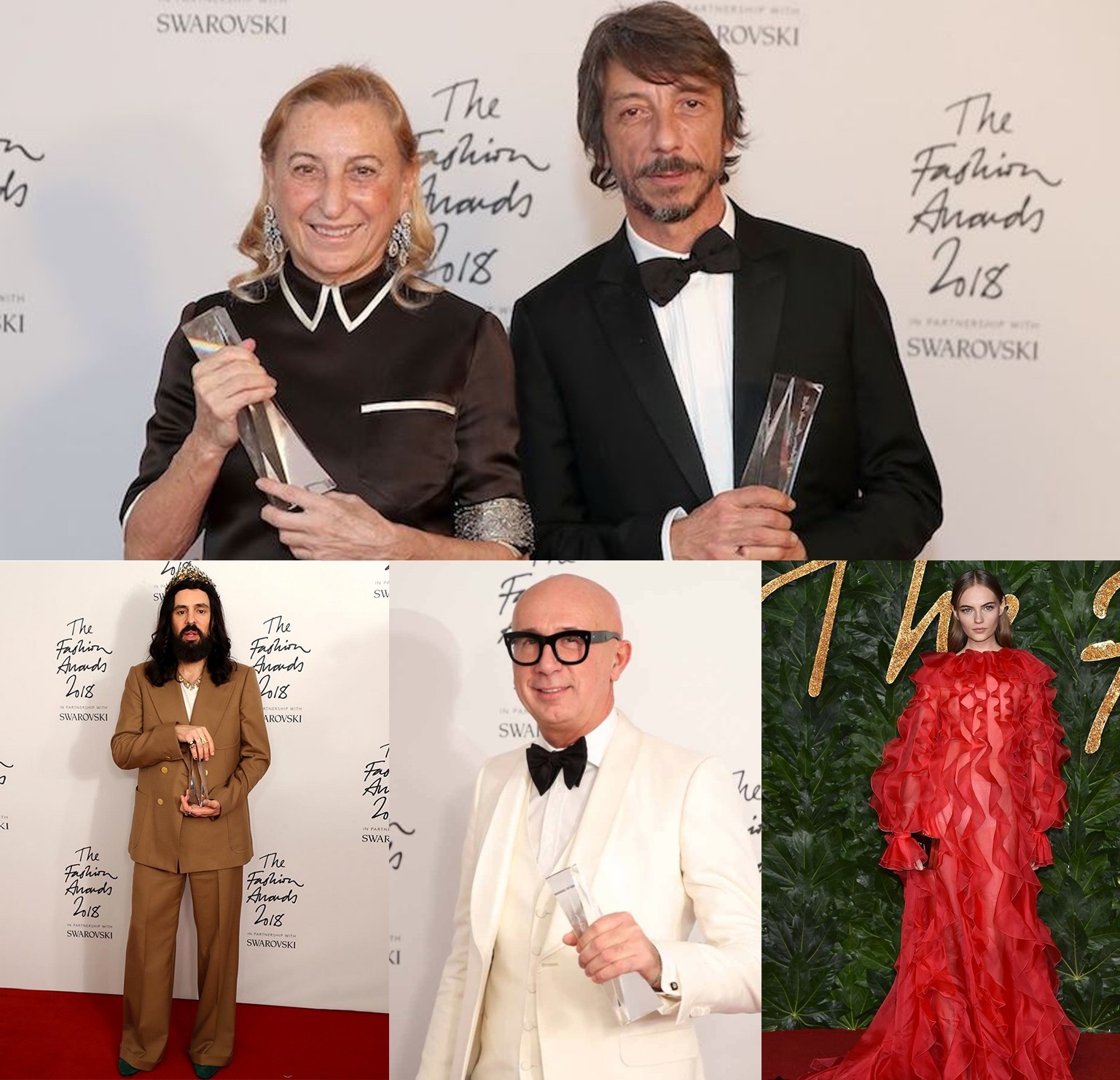 There was much Made in Italy on the London stage of the Royal Albert Hall for the 2018 Fashion Awards, organised by the British Fashion Council in cooperation with Swarovski.

The Fashion Awards are considered the Oscars of fashion, for the prestige of awards, but also for the flickering of people of varying fame who accompany the event. Suffice to say that one of the awards was presented by the icon of the style of the moment: the Duchess of Sussex, or Meghan Markle. But let’s go back to Made in Italy and its prizes. Marco Bizzarri, Gucci’s CEO, is the manager of 2018 (and he has been awarded for the third consecutive year). Pierpaolo Piccioli from Valentino is the stylist of the year. Gucci is the brand of 2018. Miuccia Prada received the Outstanding Achievement Award. Italian creativity confirms once again its world leadership: a cultural and industrial heritage to be enhanced and safeguarded.