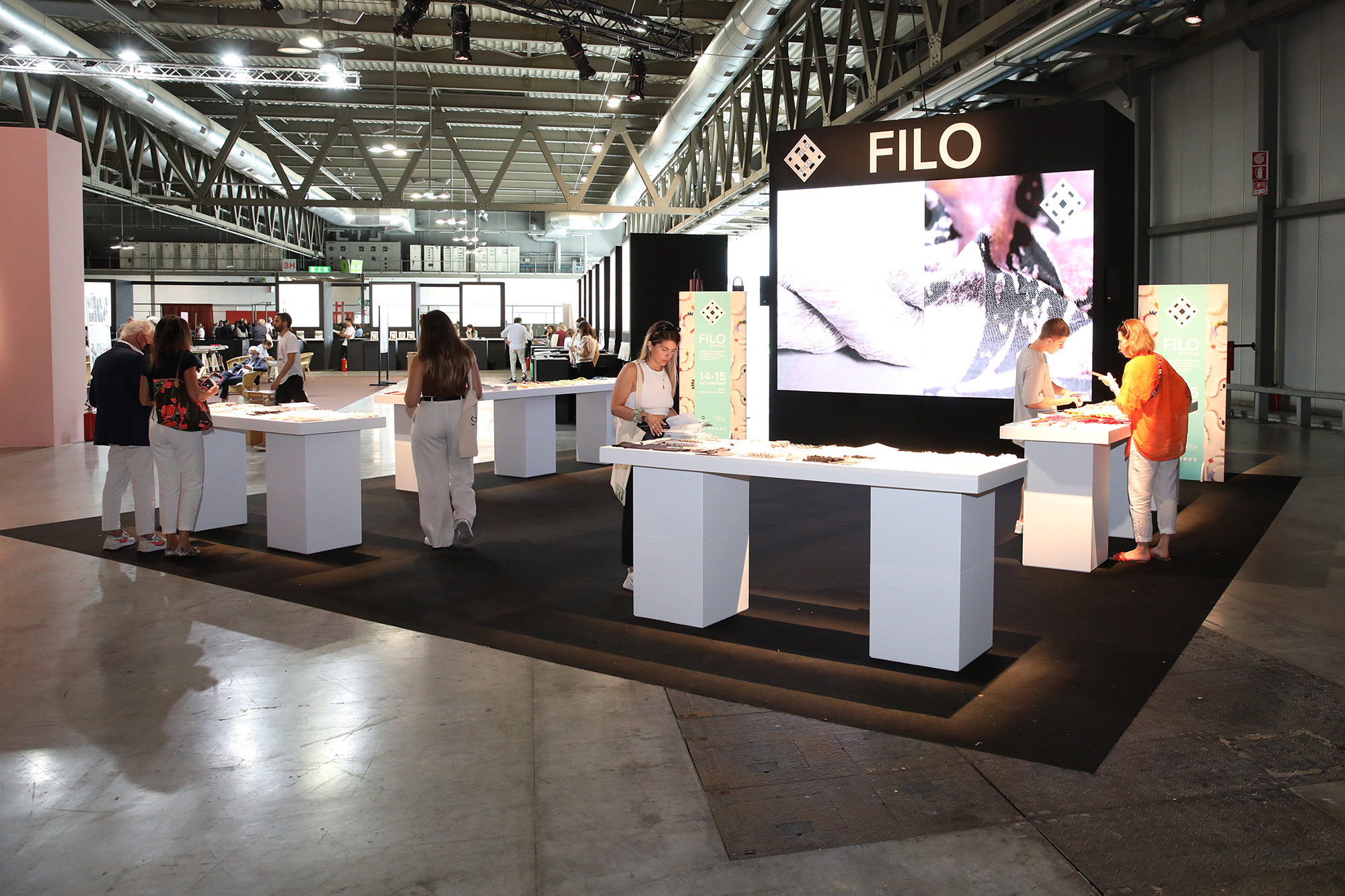 Filo is currently at Milano Unica, where it is present with the FiloFlow proposals.

The synergy between Filo and Milano Unica runs along many years, and over the years, it has become even stronger through the identification of themes and opportunities which are essential for Made in Italy textile industry.
First, sustainability, given the importance it has gained among consumers worldwide; the choice shared by the two Exhibitions is to address it from a supply chain perspective. That is why Filo has chosen for some editions to propose to Milano Unica just those yarns produced by the companies participating in FiloFlow sustainability’s project.
However, in this Milano Unica edition there is another element representing a stronger common point between the two textile exhibitions: it is the ‘Seasonaless’ approach of stylistic proposals.
For Filo, overcoming seasonality has for years been a key feature of the stylistic proposals developed by Gianni Bologna, Filo’s head of creativity and style. Now Milano Unica has also decided to follow this same approach, confirming the similarities of vision of the two Salons.
Going beyond seasonality has been for years a key feature of the stylistic proposals developed by Gianni Bologna, responsible for Filo’s creativity and style. Now Milano Unica has also decided to adopt the same approach, confirming the continuity existing between the two fairs’ visions.
As Alessandro Barberis Canonico said, “I want to underline the totality of Milano Unica’s offer: not only for men, in this edition there are 157 exhibiting companies that offer a wide range of products for women. Today more than ever: united to be unique”. The president of MU then concluded with a wish: “We hope to be able to carry out the next edition in a time of peace, to be able to return to growth and well-being that only in times of peace can be developed”.