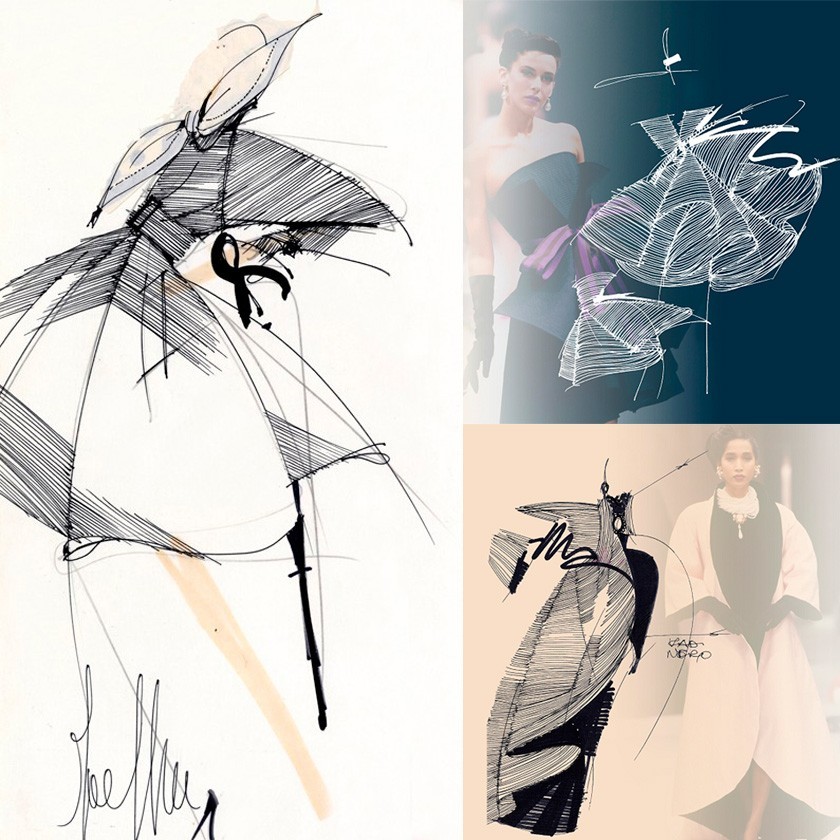 The exhibit ‘Gianfranco Ferrè. Fashion, a story trough drawings’, that will be hosted at Centro Culturale S. Maria della Pietà in Cremona (piazza Giovanni XXII) from the 21st of April to the 18th of June 2017, has been presented in Milan.

“Cremona, land of ‘know-how’, hosts the exhibit of masterpieces concerning an Italian know-how which can speak to the world: knowing how to do patterns, fabrics and clothes, works of art which talk about a vital creativity”: the major of Cremona, Gianluca Galimberti, has launched in that way the show dedicated to Gianfranco Ferrè, emotionally linked to this area of Lombardy. The exhibit presents more than one-hundred autograph sketches of the designer and some clothes showing an authentic translation into reality of the poetry expressed by the drawings, through volumes and shapes, materials, processes, laces and embroideries. In tribute to the celebrations for the anniversary of 450 years from the birth of Claudio Monteverdi, on the 18th of May, the conference “Gianfranco Ferrè, a tale in music” will be dedicated to the role of soundtracks during his runway shows.