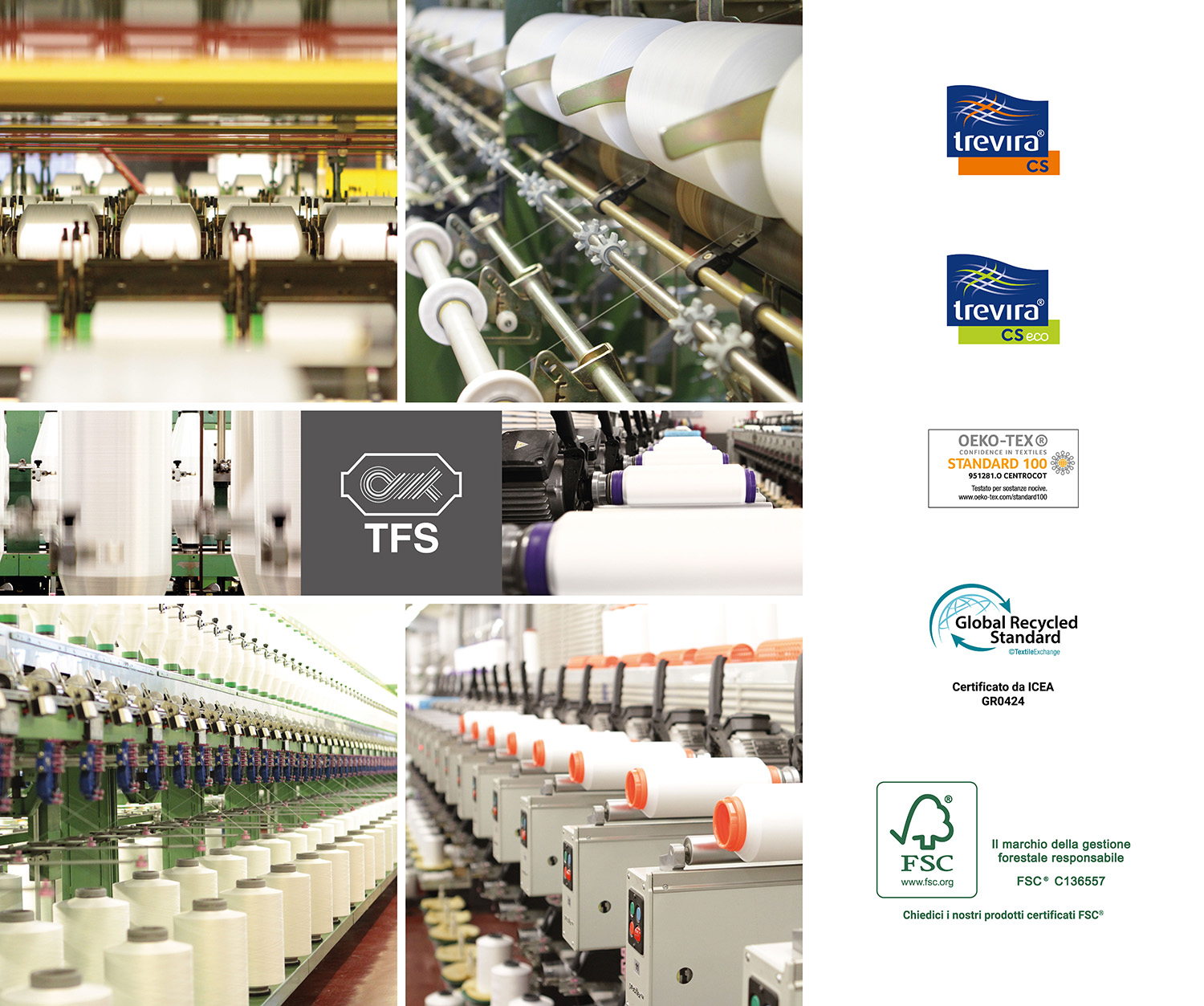 TFS specializes in the twisting of synthetic and artificial fibers, in particular polyester, acetates, viscose. The company, originally born as a silk factory, converted to the twisting of artificial and synthetic fibers in 1959, assuming the current name of Torcitura Fibre Sintetiche. Initially, the processing was carried out almost exclusively on behalf of third parties, but later, with the expansion of the structures, it was decided to gradually switch to working for the market, mainly in the curtain sector.

Subsequently, the company updated its machinery by replacing the traditional rotating spindles with double-twist ones, which allowed for a considerable increase in production capacity.
In the last decade, TFS has decisively responded to the innovative needs of the national and European market, continually renewing, and increasing its production machinery, expanding its range of items and above all setting a careful quality policy.
TFS has been Trevira CS gold partner for years. The company distributes its products in Italy and abroad through a network of agents. Visit TFS at the 58th edition of Filo 2022!