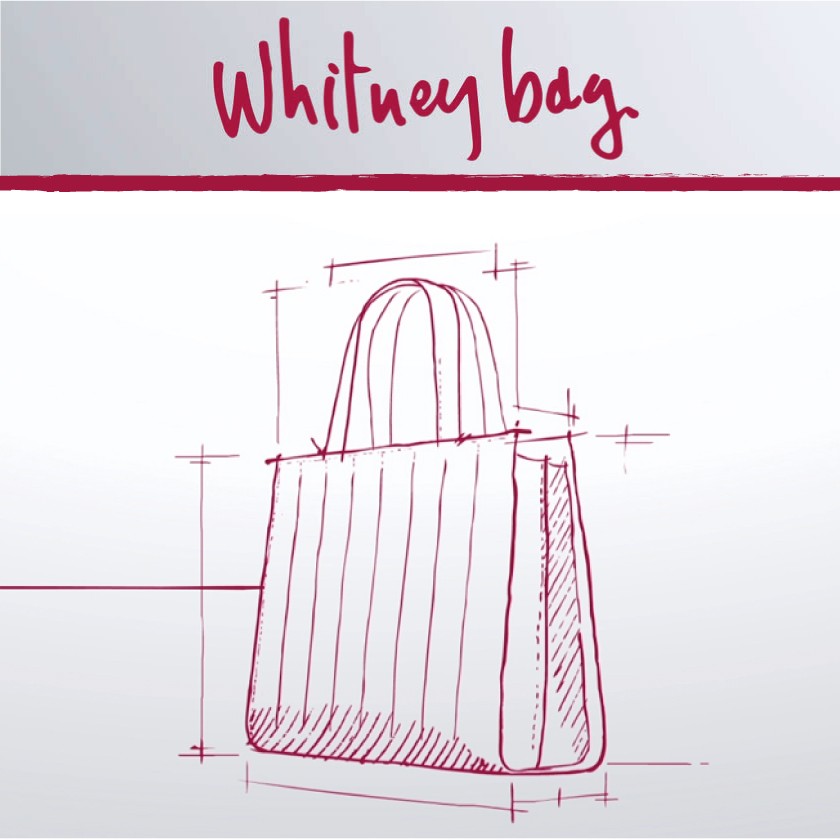 The Whitney Bag comes now in two new models. Last year Max Mara teamed up with Renzo Piano’s Building Workshop to create a a bag inspired by the new building of the Whitney Museum of American Art of New York designed by the Italian architect. In 2016 here are the ‘Anniversary Edition’ bags, paying homage to Gertrude Vanderbilt Whitney, founder of the museum.

The new building of the Whitney Museum arises in the Meatpacking District of New York, the very same district which is the setting of City on fire, a new controversial novel revolving around New York’s 1977 blackout and the deeds and misdeeds related to the punk culture of the late Seventies. A culture that could have fascinated Gertrude Vanderbilt Whitney: an unconventional heiress, she lived over the first half of the XX century, founded the Museum, was an artist in her own right and the patron of a number of American artists.

The new bags created by Max Mara to celebrate Gertrude Whitney have ornamental motif of leaves or flowers, slightly in relief, recalling the pure design and unique architecture of the new Whitney Museum and are on sale at the Museum’s shop. Whitney Bag is also part of the permanent collection of the museum of the Fashion Institute of Technology of New York.