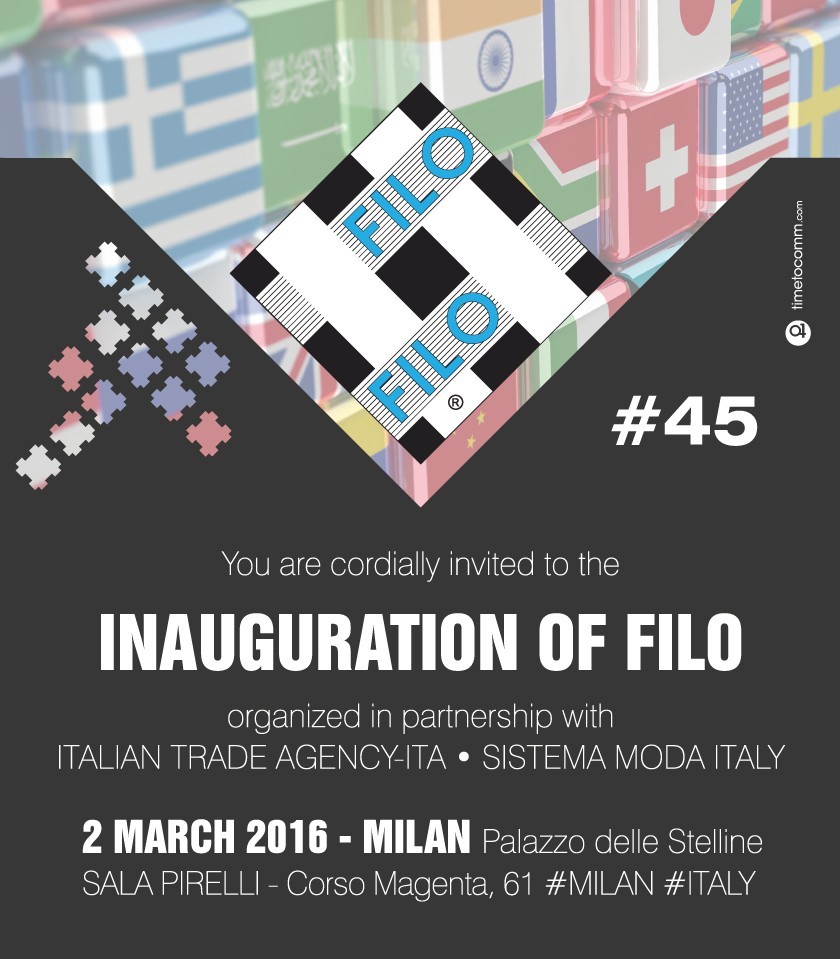 The program of the 45th Filo edition’s appointments is dense, starting with the inauguration scheduled at 2 p.m. on the 2nd of March 2016 at Sala Pirelli in Palazzo delle Stelline within the conference ‘The yarn of internationalization’, which had been organised with the cooperation of Italian Trade Agency-ITA and Sistema Moda Italia.

On the 2nd of March 2016 too, at 5.30 p.m. on at FiloLounge is scheduled to be held the FiloHappening Cocktail which, as usual, concludes the first working day of the exhibition.