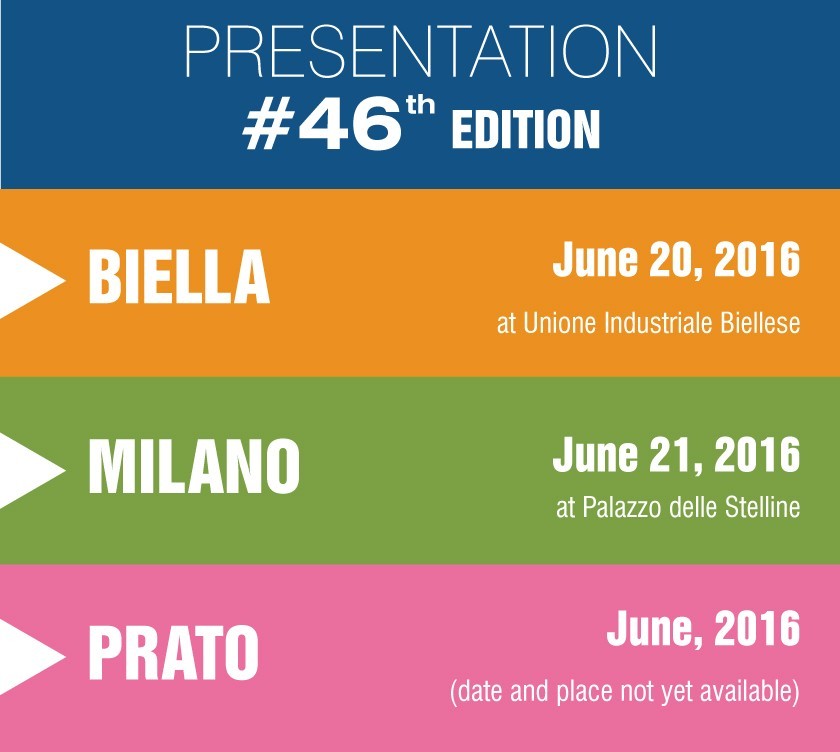 A week entirely dedicated to the launch of the 46th edition of Filo for operators and press: therefore, there are three scheduled press conferences to give a detailed preview of the exhibition scheduled for the 28th and 29th of September 2016 at Palazzo delle Stelline in Milan. As usual, Filo’s road show starts in Biella on the 20th of June 2016, with the second stage in Milan on the 21st of June. In the same month of June, a third stage will take place in Prato.

The press conferences to present the 46th edition of Filo consist of two parts. Within the first part, Paolo Monfermoso, Filo manager, will describe the strategies, dates and initiatives of Filo in view of the September 2016 edition. As far as the second part is concerned, Gianni Bologna, Filo creativity and style manager, will explain in detail the proposals concerning products’ development which have been carried out for the 46th edition. What about the theme? A focus on the concept of luxury, within textile-fashion context and design.

As Paolo Monfermoso said “The presentation of next edition and proposals concerning products’ development is one of those services which Filo makes available to its exhibitors in the first place and to textile’s operators more generally, always aiming at creating the best conditions for companies’ business.