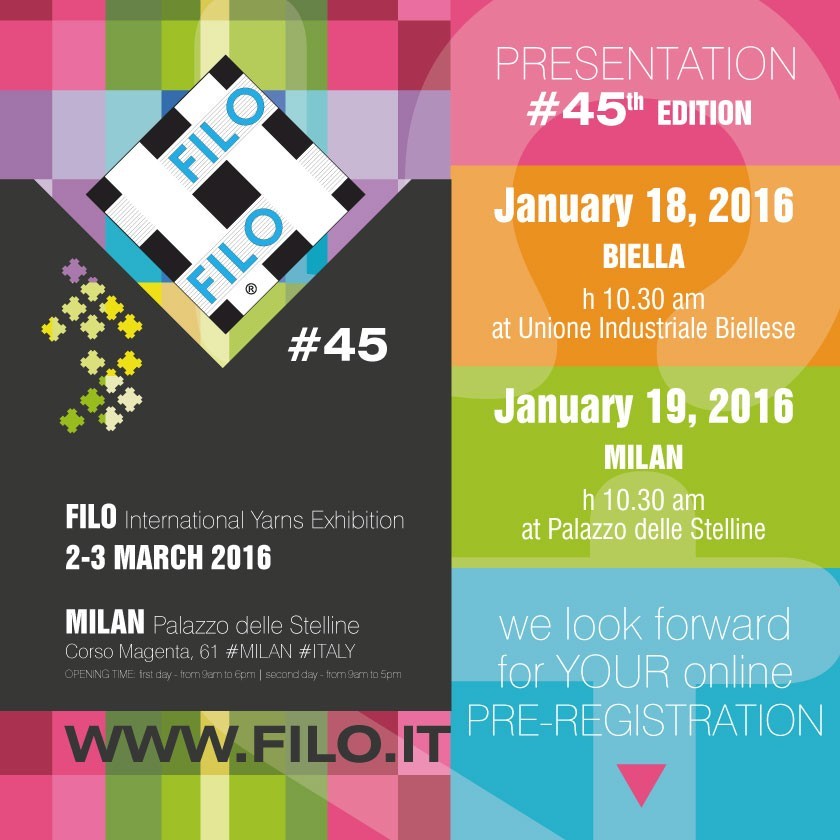 The first two dates for the 45th Filo edition presentation have been established, starting in Biella on January 18, 2016 and the following day, January 19, in Milan:.

The first event presenting the 45th edition of Filo will be in Biella, on 18 January 2016 at 10.30 a.m. at Unione Industriale Biellese – room Valetto (Via Torino 56). The following day – 19 January 2016 – the press conference will take place at the Palazzo delle Stelline, Milan, (corso Magenta 61).

These two events in Biella and Milan do not cover, however, the activity for the presentation of the 45th edition of Filo: other meetings are scheduled in many other towns, both in Italy and abroad. In the next issues of FiloNewsLetter – and on the Filo website – you will find a calendar of the various events of the road-show.

The 45th edition of Filo will take place at the Palazzo della Stelline, Milan between 2 and 3 March 2016.