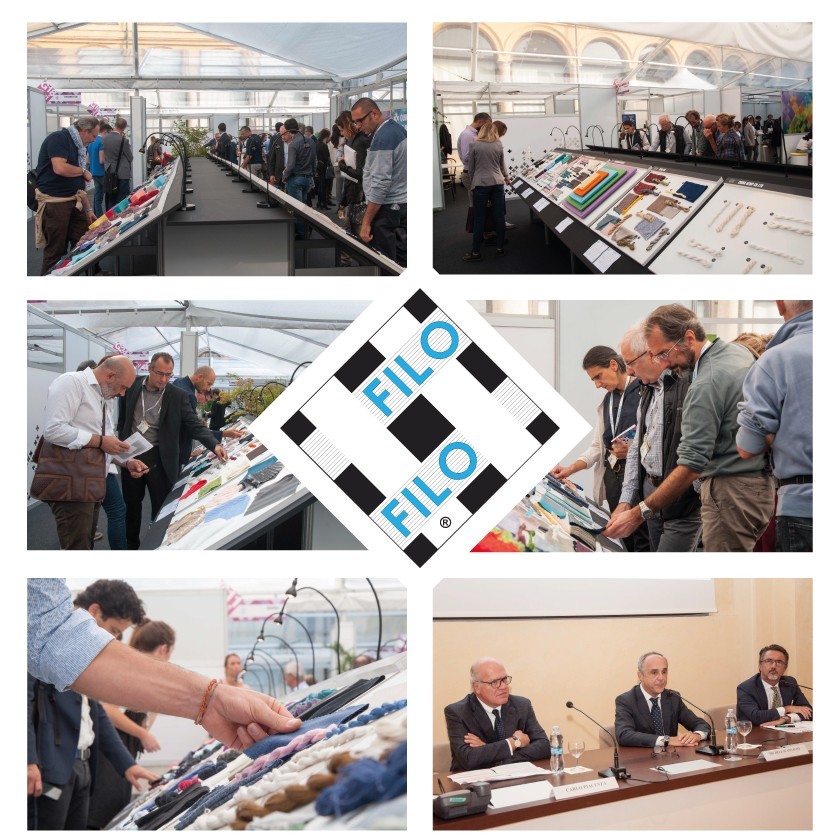 The 46th edition of Filo, the International Yarns and Fibres’ Exhibition, has closed with very positive results. The number of visitors has increased, in particular concerning foreign buyers.
Paolo Monfermoso, general manager of Filo, has said: “The very positive outcome of the 46th edition of Filo stands out not just from our data, but also from our exhibitors’ reports about the number and attitude of the buyers they met during the exhibition”.

The 46th edition of Filo, the International Yarns and Fibres’ Exhibition, took place on September 28 and 29 in Milan, at the Palazzo delle Stelline. The flow of visitors was steady – and higher than expected – over the two days of exhibition. As for foreign buyers, they were mainly from European countries and Japan.

A main goal of Filo is to contribute to firms’ internationalization, and to this aim the organizers have built a well-established partnership with the Italian Trade Agency-ITA. During the 46th edition of Filo, ITA promoted a delegation of international buyers coming from Japan, France, UK, Spain, Turkey, Lithuania, Portugal, USA and Belgium.

On the eve of Filo, Milano Unica officially announced the decision to bring forward in July its autumn edition. It is a choice that has repercussions on the entire supply chain exhibitions and during the 46th edition, there have been preliminary debates about possible change to the calendar of future editions of Filo. Mr. Monfermoso has added: “Our decisions in this regard will be the result of global assessments of companies’ market needs, within the context of a supply chain which should be more and more cohesive, as asked by Sistema Moda Italia and as the same Undersecretary of State Ivan Scalfarotto restated in his message to Filo”.