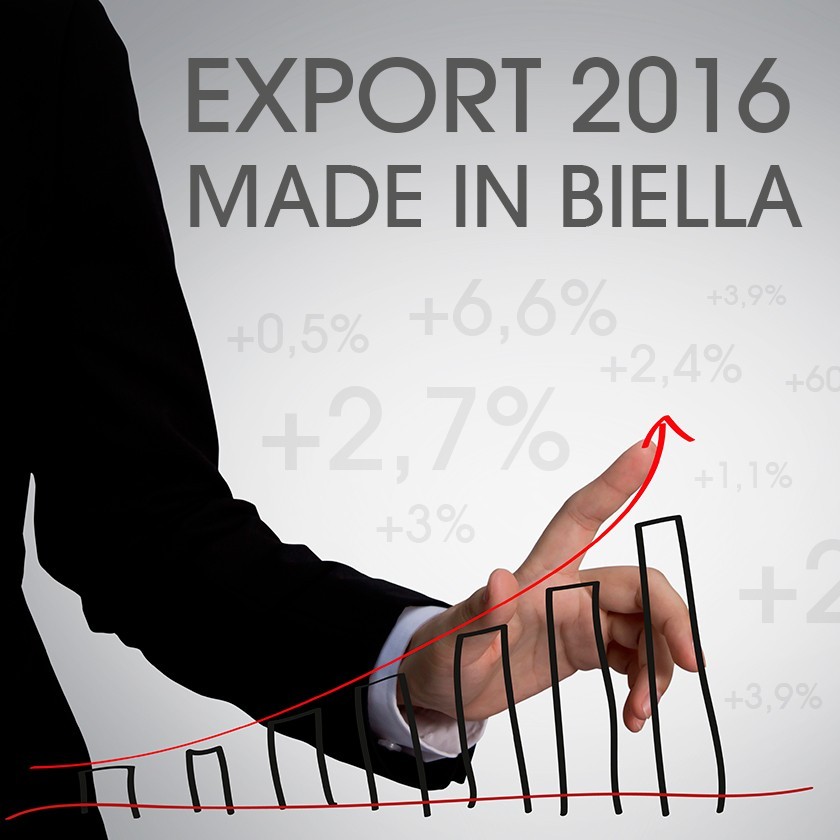 Data are especially positive if they are considered in the whole context, which between January and September 2016 registered exports being steady at national level (+0.5) and declining at regional level, for the decrease by 4.9% in piedmont. Among Biella’s manufacturing activities, which totally register an increase by 2.4%, there are apparel industry (+6.6%), mechanics industry (+6.6%) and textile products (+1.1%). Yarns’ export is especially growing by 3.9%. Textile industry represents the first exporting sector for Biella area, with a sum equal to 60.7% of the overall amount.
Alessandro Ciccioni – president of the Biella and Vercelli chamber of Commerce – states that: “The growth within EU is strongly positive. However, it is important to highlight that the difficulty within export sector is still present outside EU, especially in those countries that traditionally were important and strong as outlet markets. Since ever, the Chambers of Commerce have committed to foster the opening toward foreign markets of local companies with special attention for small and medium enterprises’ needs.
Currently, through the ongoing Chambers’ reform, we should commit ourselves to educate companies (especially the small ones) to face internationalisation, leaving to other appointed bodies boosting activities on foreign markets, in a period in which the situations on international exchanges leave lots of issues to sort out”.