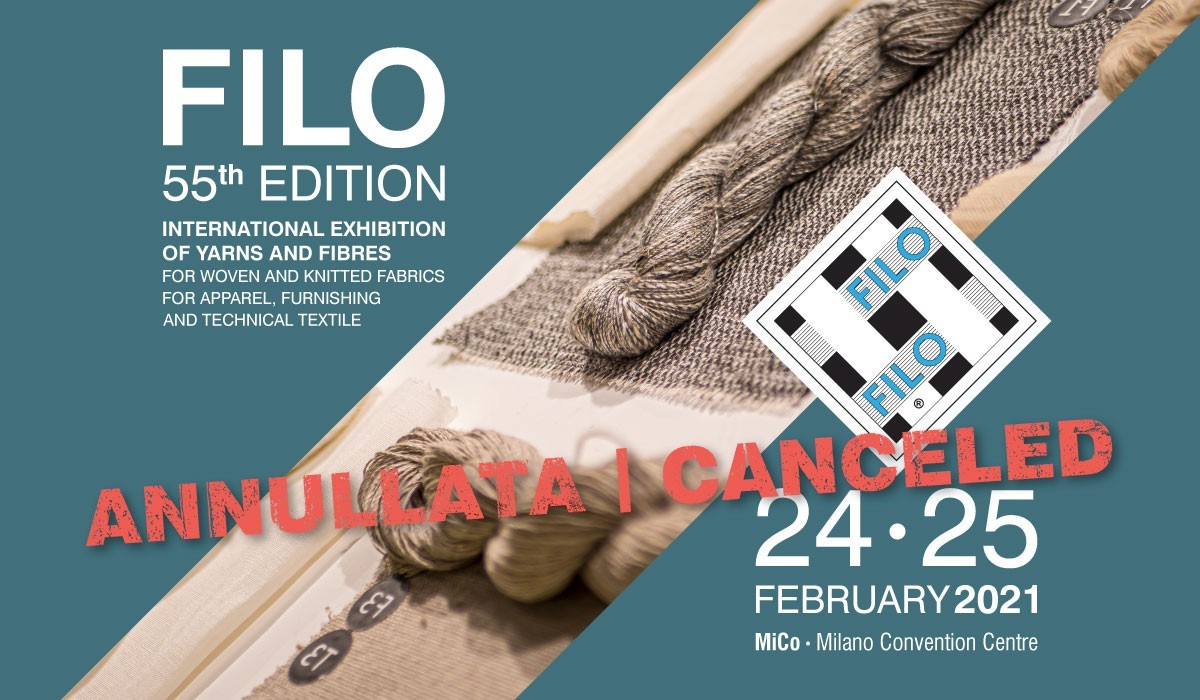 The 55th edition of Filo, scheduled for February 24-25, 2021 at MiCo – Milano Convention Centre, has been canceled. The decision was compelled by the decree of the Italian Prime Minister, published on the 14th of January 2021, which suspends – throughout Italy – trade-fairs, events and congresses at least until March 5, 2021.

Italian Prime Minister’s decree dated January 14, 2021 made objectively impossible to carry out the 55th edition of Filo, which has been canceled. Mr. Paolo Monfermoso, General Manager of the exhibition, states: “The decision has been taken for force majeure, but with great sorrow too. Filo is aware of the problems deriving from the cancellation of trade shows such as Filo. The lack of physical fairs penalises the exhibiting companies, that miss the opportunity to meet many customers in just one place and in a short period of time. The same applies to the buyers, because during the fairs they have the chance to meet many suppliers and appreciate the stylistic and technical quality of the products; this is much more complex – nearly impossible – to be carried out in a digital fair. Anyway for all operators involved in the exhibition, ranging from organisers to exhibitors and buyers, it is difficult to re-schedule the show, which requires several months of work and preparation.” Mr. Monfermoso concludes: “The regret is even deeper since during a difficult situation as the one we are living trough, the 55th edition of Filo would have allowed us to give continuity to the results reached in October during the 54th edition. The textile sector needs a physical exhibition, as shown by the fact that the majority of our exhibitors had already booked the exhibiting space for February 2021 edition of Filo for some time.”