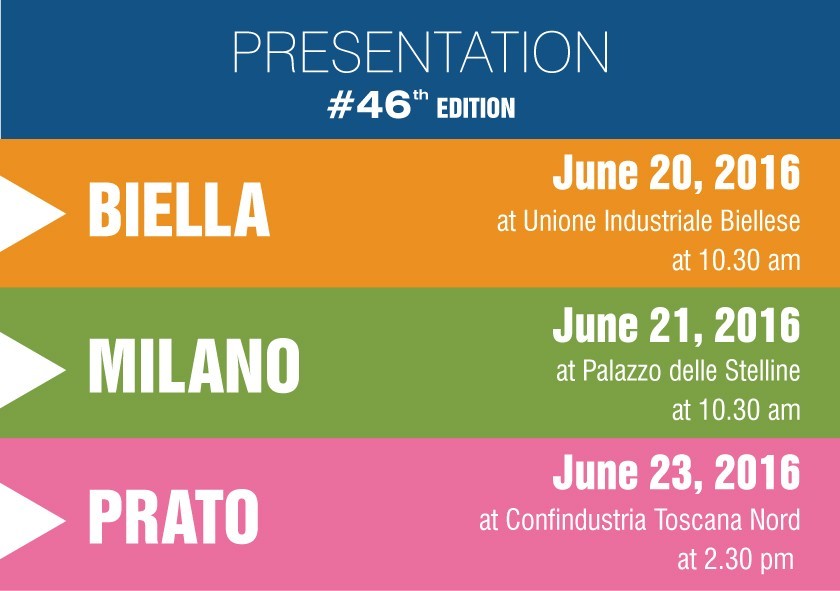 There is a growing interest in the 46th edition of Filo. Exhibiting spaces for Autumn’s exhibition (on 28th – 29th September) are almost fully booked. At the same time, pre-registrations for the three press conferences of Filo road show are increasing by the minute, thus showing the attention textile professionals reserve to Filo and confirming its role as the leading fair for weaving yarns at an international level.

Biella (20th of June at 10.30 am), Milan (21st of June at 10.30 am) and Prato (23rd of June at 2.30 pm): those are the three dates that will allow the textile system’s professionals to know better the initiatives that will rotate around Filo 46th edition. The three press conferences represent also an opportunity to shed light on the future of yarns and fabrics through the product development proposals studied by Gianni Bologna: for the 46th edition they explore the theme of “Luxury Revolution”.