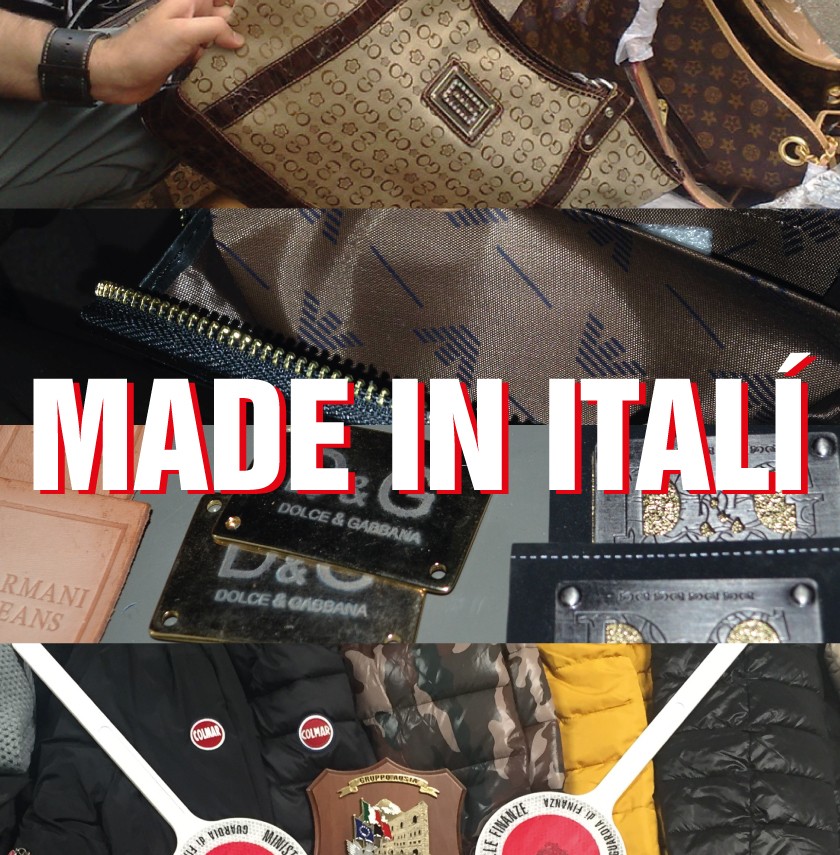 In the period 2008-2014 in Italy 337 million of counterfeit goods have been confiscated, for an estimated value of 4.4 billion euro. As far as apparel industry and accessories, including glasses and footwear are concerned, figures are even more shocking: in a year, the requisitions concern on average 23.122.367 counterfeit items, which means 2.640 every hour. More than 80% of confiscated products within the EU come from China.

The pervasiveness of the phenomenon in Italy is clearly expressed, through figures, within a study carried out by Confartigianato. Within fashion industry (apparel, accessories, footwear, jewellery, clocks, bags and luggage) counterfeiting has a particularly significant economic impact: it is estimated that it implicates less legal sales for almost 10 billion euro and the following loss of 88.467 working places.