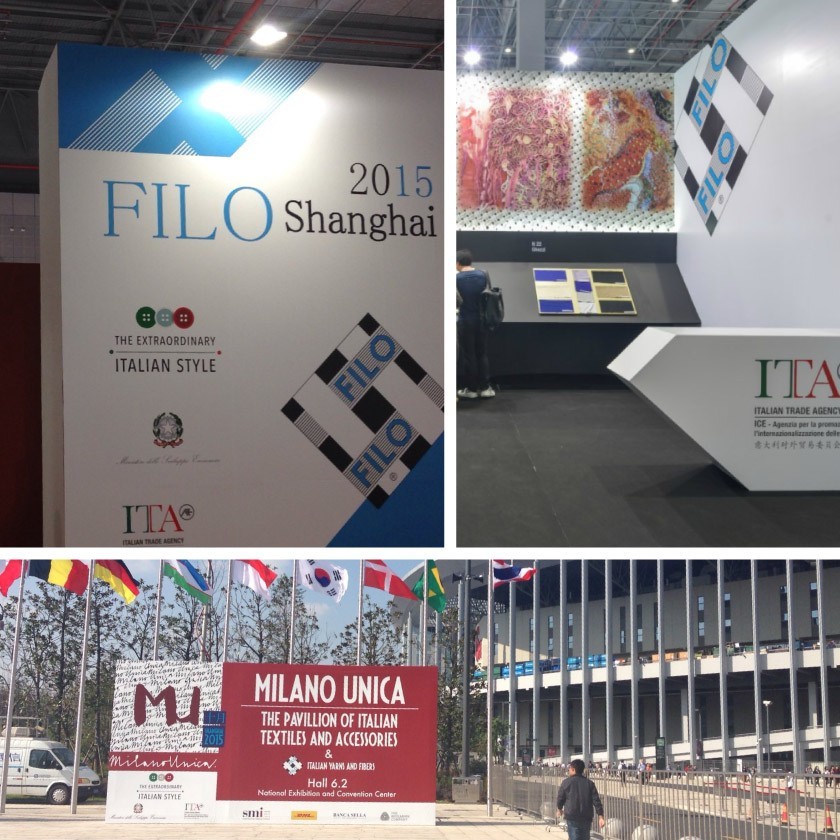 Just the time to close the 44th edition of Filo in Milan, and there was straightaway a new challenge: the first edition of Filo Shanghai, held from 13 to 15 October 2015 in collaboration with Milano Unica China. The first impressions of the seven participating companies are clearly positive.

The Italian spinning mills which took part in the first edition of Filo Shanghai are seven: Davifil, Filatura C4, Filatura Pettinata Luisa 1966, Ghezzi, Monvania, Ongetta, Servizi e Seta. Filo, housed in the pavilion of Milano Unica, but with dedicated entrance and trend area, was received with a great deal of interest on the part of Asian buyers who had the opportunity to experience at first hand the excellence of the Italian yarn production. Indeed, the seven companies of Filo Shanghai are different as regards production and district of origin and with their collections they provided the Asian market with a comprehensive overview of the quality and innovation ability embodied in made in Italy yarns.

As affirmed Paolo Monfermoso, Filo manager, at the end of the event: “The first edition of Filo Shanghai has been an exciting project achieved also thanks the active contribution of Carlo Calenda, Deputy Minister of Industry, Milano Unica, and Sistema Moda Italia. Thanks to their continuous and targeted support, Filo could offer its exhibitors the opportunity to participate in such an important event for the Italian textile chain”.

Massimo Mosiello, general director of Milano Unica, underlined that “The presence of Filo with Milano Unica and the simultaneous “La Moda Italiana” event in the important exhibiting location in Shanghai are a tangible sign that much has changed and much more will very probably happen”. Having received the appreciation and the confirmation of the interest in the Chinese market on the part of the participating companies, Filo is already planning the 2016 editions with the aim of considerably increase the number of participating companies in order to have a greater representation of made in Italy production and to enhance the image and visibility of Filo companies within Intertextile .