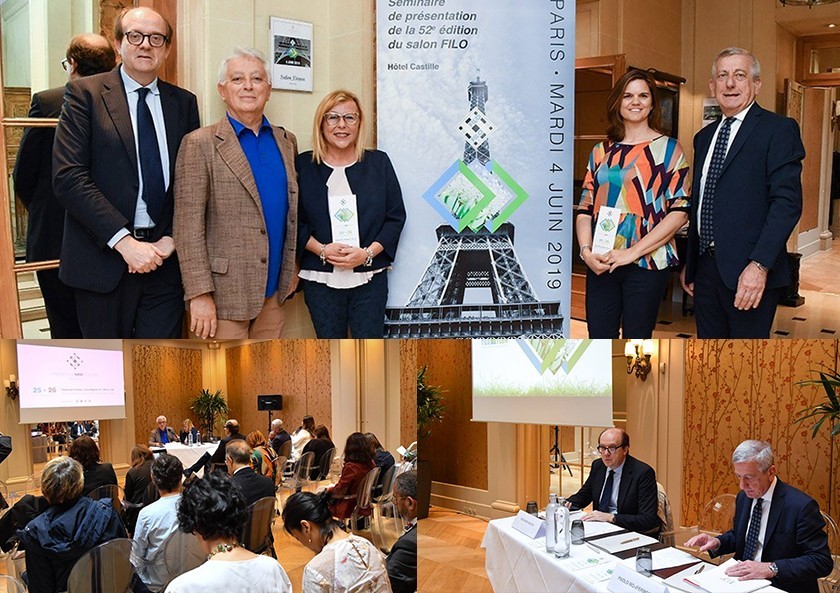 The roadshow for the presentation of the 52nd edition of Filo, which has started yesterday – on the 4th of June – with the meeting in Paris at the Hotel Castille – is getting in. The roadshow will continue now across Italy, following this agenda: on Monday the 17th of June in Biella at the Unione Industriale Biellese; on Tuesday the 18th of June in Milan at Palazzo delle Stelline and on Wednesday the 19th of June in Prato at the local Chamber of Commerce.

If Biella and Prato meetings are mainly dedicated to Filo’s exhibitors, the one held in Milan is opened to a wider audience, comprising the press and style offices. Paolo Monfermoso, general manager of Filo, explains: “The stage in Milan of the Filo roadshow give us the chance for meeting exhibitors from Lombardy and Veneto. But in Milan we also meet many journalists that follow with interest and continuity our Exhibition. Therefore, it is the meeting that enables us to communicate the contents and novelties of Filo to a wider audience. The direct relationship with the press plays indeed a crucial role in order to promote a B2B fair like ours, and to reach the wider public. This is exactly why here in Milan, back in March, we have proposed a preview of FiloFlow, the Filo project for the sustainability of textile products, to a selected group of journalists. This allowed us to deliver a message particularly important for the future of Italian textile industry to a public that goes beyond Filo’s exhibitors and visitors and to test the interest that the issue stirs among professionals and consumers”.

During Milan’s meeting, as well as during the other stages of the Filo roadshow, product development proposals carried out by Gianni Bologna will be presented: for the 52nd Filo edition, they are inspired by “Metamorphosis”.