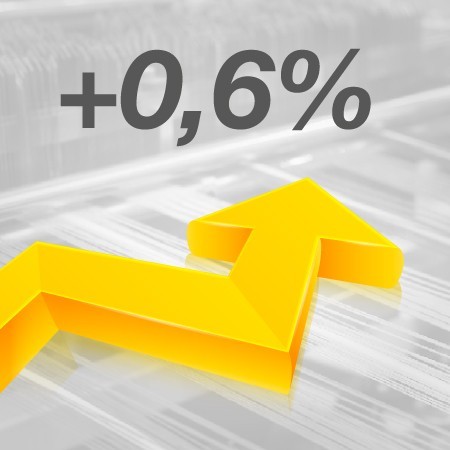 Italian textile-apparel industry archives 2015 with a turnover that is slightly growing up (+0.6%) compared to 2014. Indeed, according to the sector analysis carried out by Sistema Moda Italia, the total turnover accounted for 52.4 billion euro, with a revenue 330 million higher if compared to the previous year.

The 2015 textile-apparel-fashion annual balance sheets have been presented during the yearly assembly of Sistema Moda Italia. The final figure of +0.6% is slightly lower compared to preliminary forecasts (+1.1%): this result essentially derives from the extremely dangerous and troubled global framework, from both economic and political point of view.
If the average result of the supply chain is divided into the two main system’s sectors, it can be observed that textile’s turnover has increased by 0.4%, while apparel-fashion one by 0.8%. As for export, in 2015 it grew by 2.1%, for a total amount that goes over 29 billion euro and a percentage of 55.5% on the turnover. Forecasts for 2016 show a growth of textile-apparel industry by 1%, while exports should increase by 1.9%.
During his speech to the assembly, the president of Smi, Claudio Marenzi, went through all themes and interventions to focus on in order to guarantee to the Italian textile-apparel industry a stronger and more stable growth: from re-shoring to access to credit, from sustainability to counterfeiting, through ‘made in’ label.