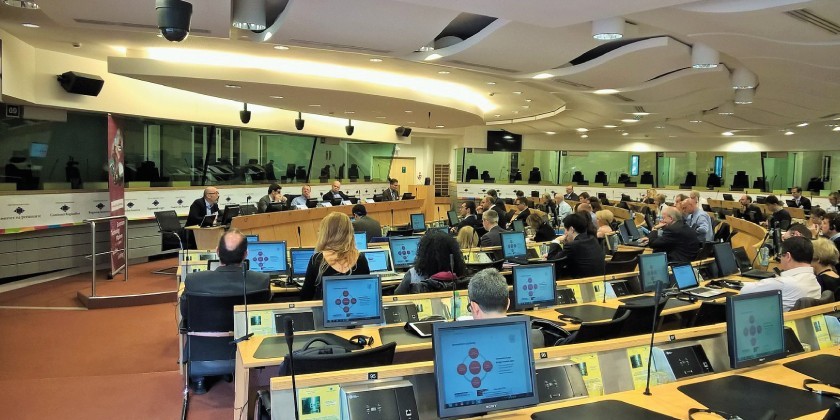 PoinTex – Textile Innovation Cluster – has been among the protagonists of the 11th annual public conference of the European technological platform for the future of textile-apparel industry, organised together with Euratex in Bruxelles, at the European Commission.

During the annual public conference of the European technological platform for the future of textile-apparel industry, RegioTex project has been shown, comprising public and private players of European textile and apparel industry; it tries to develop and carry out strategies to simplify and speed up the renewal of traditional manufacturing sector.

A few months after the preliminary stage, RegioTex gained the participation of six regions devoted to textile industry: Catalonia and Valencia (Spain), Nord-Pas de Calais (France), the Northern region of Portugal, the North-Eastern area of Romania and West Flanders (Belgium). Other seven regions have already expressed their interest as far this initiative is concerned: Piedmont and Emilia-Romagna (Italy), Baden Wurttemberg and Saxony (Germany), North-Eastern area of Bohemia (Czech Republic), Rhone-Alps (France), Vastra Gotaland (Sweden). The initiative aims at supporting textile innovation through a strengthening of European cooperation and peer-to-peer education among different implicated players. These are the same objectives and strategies which PoinTex has been supporting for a long time through its activities and its research projects. PoinTex will be present at the 46th edition of Filo.