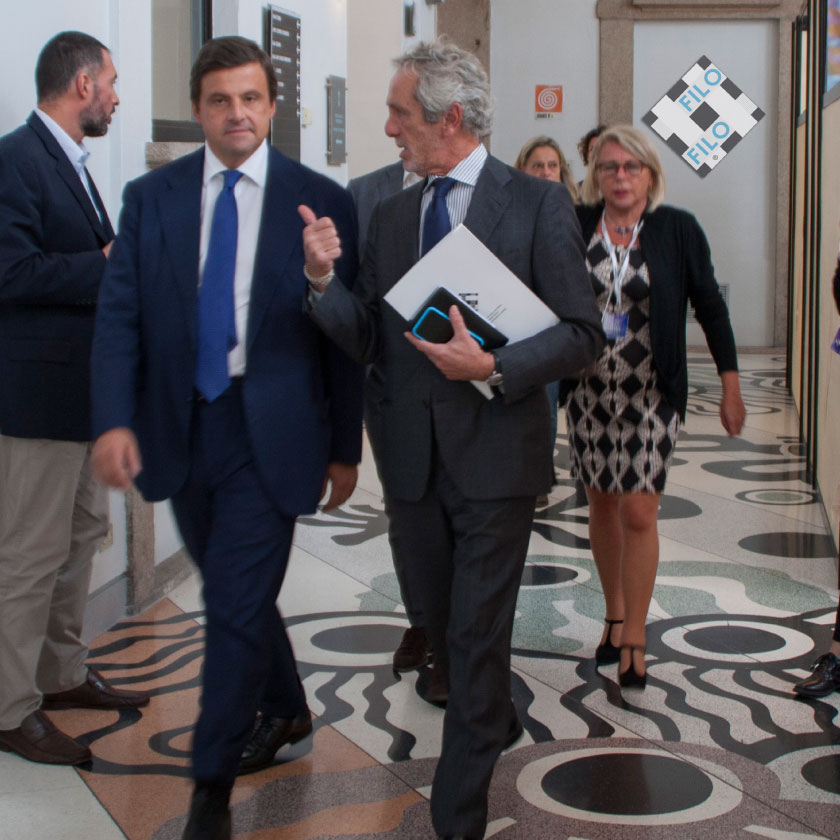 To confirm the success of the 44th edition of Filo, there was Mr Carlo Calenda’s visit to the show. The Deputy Minister for Industry was at Filo on the second work day and spent much time among exhibitors and in the Trend Area of Filo.

Among the many positive notes from the 44th edition of Filo, it is to be recorded the visit payed by Mr Carlo Calenda, deputy minister for Industry. In particular, because it shows a renewed Government awareness on the key role played by the entire Italian textile supply chain, sectors at its beginning included. Mr Calenda visited the show on its second day, expressing his appreciation for the yarns quality and the entrepreneurial spirit of Filo exhibitors. In particular, Calenda underlined the practical and effective “style” of Filo, and emphasized again the important role of the exhibition as a reference event for made in Italy weaving yarns at International level.