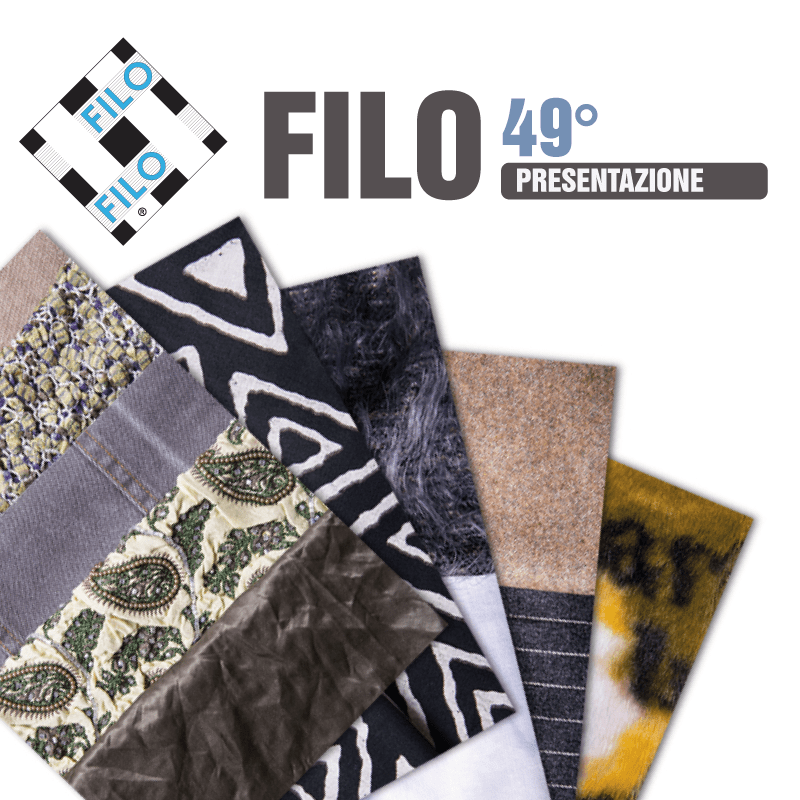 Starting from the 11th of December 2017, here is the week entirely dedicated to the presentation of the 49th edition of Filo, with meetings in Biella, Milan and Prato. During the meetings, product development proposals – identified by Gianni Bologna, responsible for Filo’s creativity – will be described in a preview. In this season street styles gain momentum as sources of inspiration for creations that rework them according to excellence, thanks to the use of valuable and innovative materials, as the yarns made by the companies exhibiting at Filo.

The excellence of Italian and European yarns is back at the forefront with the presentation of the 49th edition of Filo. The meetings will take place within the three most important ‘places’ of Italian textile-fashion pipeline: the first meeting is scheduled in Biella on the 11th of December 2017 at 10.30am at Unione Industriale – Sala Valetto (via Torino, 56). The presentation in Milan will be held on the 12th of December at 10.30am at Palazzo delle Stelline – Sala Solari (corso Magenta 61), while the meeting in Prato is scheduled on the 14th of December 2017 at 2.30pm at the Chamber of Commerce in Prato – Conference Centre (via del Romito 71). These meetings are important especially because exhibitors will have the opportunity to discover in preview the themes which will characterize Filo edition in February 2018, with the description of product development’s proposals carried out by Gianni Bologna. Even more, they give opportunities to develop a direct dialogue between Filo and operators (mainly exhibitors), where organizers can listen needs, suggestions and demands of companies exhibiting or visiting the show.

The 49th Filo edition will be held at Palazzo delle Stelline in Milan on the 21st and 22nd of February 2018.